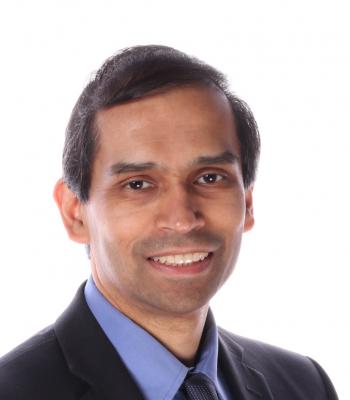 After graduating as valedictorian from Boston Latin School, Dr. Bhatt obtained his undergraduate science degree as a National Merit Scholar at MIT while also serving as a research associate at Harvard Medical School. He received his medical doctorate from Cornell University and a Master of Public Health with a concentration in clinical effectiveness from Harvard University. His internship and residency in internal medicine were at the Hospital of the University of Pennsylvania, and his cardiovascular training was at Cleveland Clinic. He also completed fellowships in interventional cardiology and cerebral and peripheral vascular intervention and served as Chief Interventional Fellow at Cleveland Clinic, where he spent several years as an interventional cardiologist and an Associate Professor of Medicine. He served for many years as Director of the Interventional Cardiology Fellowship, Associate Director of the Cardiovascular Medicine Fellowship, and Associate Director of the Cardiovascular Coordinating Center. He was then recruited to be the Chief of Cardiology at VA Boston Healthcare System and served in that role for several years. He was a Senior Investigator in the TIMI Study Group for over a decade. He was selected by Brigham and Women’s Hospital as the 2014 Eugene Braunwald Scholar. He has been listed in Best Doctors in America from 2005 to 2020. He received the Eugene Braunwald Teaching Award for Excellence in the Teaching of Clinical Cardiology from Brigham and Women’s Hospital in 2017, ACC’s Distinguished Mentor Award in 2018, and AHA’s Distinguished Scientist Award in 2019.

Dr. Bhatt has authored or co-authored over 1600 publications and has been listed by the Web of Science Group as a Highly Cited Researcher from 2014 to 2020. He is the Editor of Cardiovascular Intervention: A Companion to Braunwald’s Heart Disease and of Opie's Cardiovascular Drugs: A Companion to Braunwald's Heart Disease. He was the international PI for the CHARISMA and CRESCENDO trials and co-PI of the three CHAMPION trials. He served as chair of COGENT and co-PI of STAMPEDE. He serves as co-chair of the REACH registry and chairs REDUCE-IT, SOLOIST, and SCORED. He is co-PI of SAVOR-TIMI 53, SYMPLICITY HTN-3, THEMIS, and THEMIS-PCI. In 2014, he was listed in the AHA/ASA top advances in heart disease and stroke research (for STAMPEDE and SYMPLICITY HTN-3); in 2018, REDUCE-IT was listed and also named the top cardiology trial by NEJM; in 2020, SOLOIST and SCORED were listed by the AHA. He was the inaugural Chair of the AHA-GWTG Quality Oversight Committee. He served as a Trustee of the ACC. He is Senior Associate Editor for News and Clinical Trials for ACC.org. He is the Editor of the peer-reviewed Journal of Invasive Cardiology and Editor-in-Chief of the Harvard Heart Letter for patients.