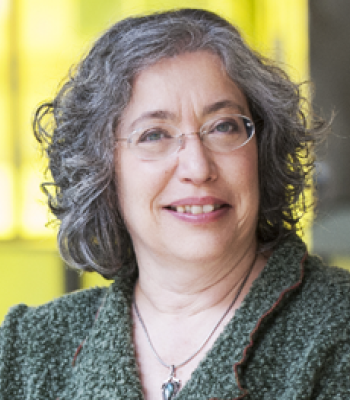 Dr. Ouellette is a Geneticist (Ph.D. in genetics) and genetic counsellor. She is the founding president and scientific director of the Quebec Coalition of Orphan Diseases and its iRARE Centre (a rare disease information and support centre).

Dr. Ouellette obtained a PhD in molecular genetics at the University of Montreal. She did postdoctoral studies in genetic epidemiology at the Center for Human Genetics in Leuven, Belgium. She was a researcher at Algène Biotechnologies / Signalgène where she worked on the discovery of genes for complex diseases in founder populations.

In 1999, Dr. Ouellette left the lab and the computer to do a master's degree in genetic counseling at McGill University. She worked as a genetic counselor at the Center hospitalier universitaire de Sherbrooke and at Procréa Cliniques in Montreal.

Since 2005, Dr. Ouellette has volunteered with several rare disease associations in Quebec and Canada. In 2010, she co-founded the Regroupement québécois des maladies orphelines (RQMO / Quebec Coalition of Orphan Diseases) with associations of rare diseases and patients without association. She has offered - as a health professional and ex-researcher with knowledge, skills and contacts in the field of genetics - to help associations and individuals with rare diseases to pursue the mission of the RQMO which is: