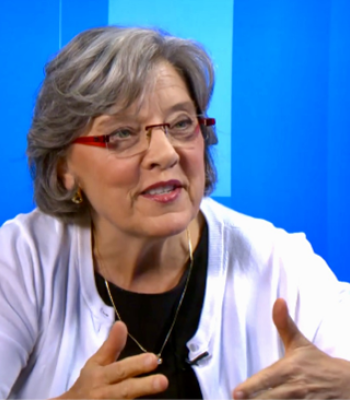 Dr. Lindenfeld has been an investigator in a large number of clinical trial and has served on multiple Steering Committees, End Point Committees and Data and Safety Monitoring Committees including COAPT, BEAT-HF, FIX-HF 5C, EMPEROR-Preserved and EMPEROR
Reduced and is the Chair of the Guide HF Trial. She is the author of a more than 400 original papers, reviews, and book chapters in the field of heart failure and heart transplantation

Dr. Lindenfeld has had a long interest in women’s health and was the first to suggest that women are more likely than men to have heart failure with preserved ejection fraction. More recently Dr. Lindenfeld has pioneered the use of Hepatitis C positive organ donors which has significantly expanded the donor pool for solid organ transplant recipients. She has discovered that continuous flow mechanical circulatory support significantly affects vascular remodeling— both large vessels such as the aorta and medium size vessels such as the coronary arteries. In addition, Dr. Lindenfeld has pioneered the use of urinary sodium as a biomarker to assess patients at risk or worsening heart failure.